Every Saga Has A Beginning

Star Wars, Episode I: The Phantom Menace was released twenty years ago today and a saga began anew. Sadly the film did not meet with universal acclaim and became a shorthand for cinematic disappointment. 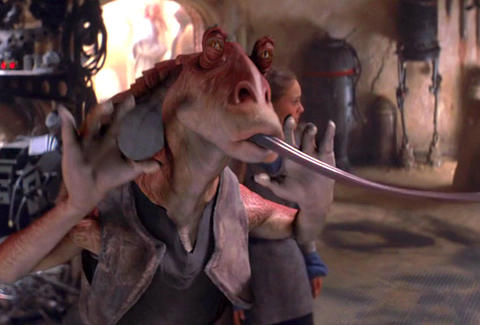 This struck me as somewhat unfair and I think that Episode I deserves reappraisal. In honour of that I wrote this.
Posted by Dave at 10:00
Email ThisBlogThis!Share to TwitterShare to FacebookShare to Pinterest
Tags: Star Wars, Writing