Outside In: Makes It So Personnel & Essay Titles

Not to mention a hundred and fifty more also-rans like me.

And here they are...

There you have it, folks: Mine is called God Forbid I Should Miss My First Look At The Wormhole I have written about The Price, that episode of The Next Generation in which Deanna Troi talks about chocolate, has a romantic encounter and witnesses a momentous revelation that will impact the entire galaxy for the next decade. And yet, that's not really what I've written about at all. 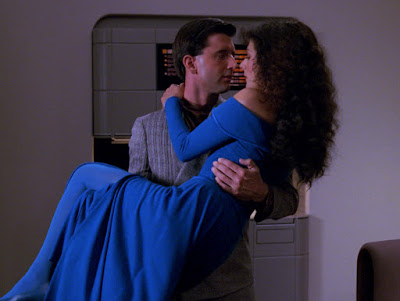 I've written something else as well, but more on that later.

Outside In: Makes It So is available for pre-order here.
Posted by Dave at 10:00
Email ThisBlogThis!Share to TwitterShare to FacebookShare to Pinterest
Tags: Outside In, Star Trek, Writing