According to Seb in Death In Heaven.

I was approached by Robert Smith? (yes, with a question mark) to write a piece for a fanzine called The Nethersphere.

Robert Smith? has edited two volumes of Outside In, which features articles and reviews from interesting perspectives about every Doctor Who story from An Unearthly Child to Last Christmas. He asked me to have a go at one of the online scenes that preceded Series Nine and I chose the Prologue.

I wrote a blog entry, written from the perspective of a superfan of a fictional TV Show all about the exploits of the Sisterhood of Karn, a TV show called The Sisterhood Of Karn. It's incredibly geeky. My piece forms part of a larger article about the editing process that went into Outside In, the road less travelled of some rejected pieces and a new one by Mr Smith? himself.

It can be downloaded here in a format I don't fully understand or as a pdf. 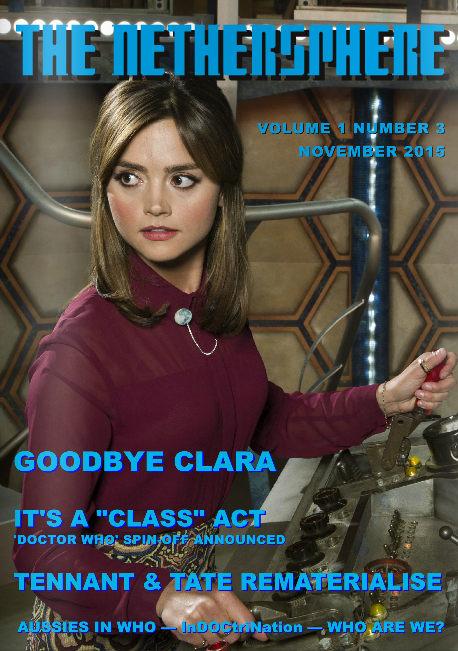 Posted by Dave at 10:00
Email ThisBlogThis!Share to TwitterShare to FacebookShare to Pinterest
Tags: Doctor Who, Outside In, Writing