Worthy of special mentions are The Unquiet Dead, The Chimes Of Midnight, Death In Blackpool, Relative Dimensions, The Power Of Three and the Torchwood episode Out Of Time, all of which feature scenes set at Christmas, but were not broadcast on the big day itself. So, not making the cut are Voyage Of The Damned and The Time Of The Doctor.

Here's my list of Top Ten Doctor Who Christmas specials:

10 - Attack Of The Graske
The BBC Red Button thingy from 2005 sees David Tennant's Tenth Doctor foil a alien attempt to spoil Christmases modern and Victorian alike with help from you at home. It's better than it sounds. "If you turn the TV over to ITV, the galaxy may implode". 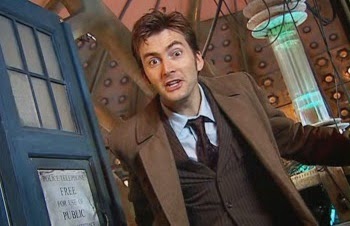 9 - The Runaway Bride
Catherine Tate's Donna made her first exit from the TARDIS on Christmas Day 2006, an episode with a fascinating new take on the relationship between Doctor and companion that also features a brilliant TARDIS versus car chase sequence, all the trappings of Christmas out to kill you and segways. 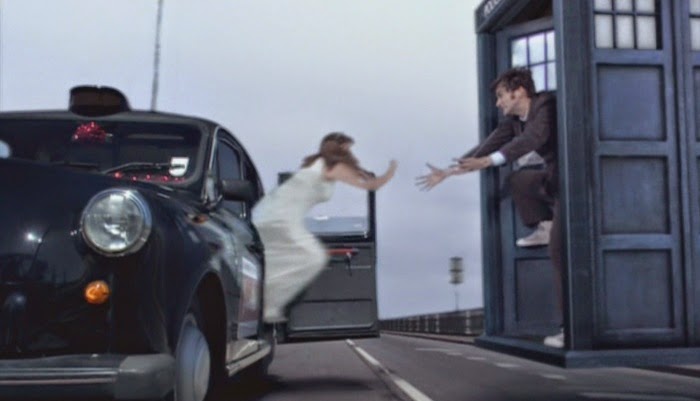 8 - The Snowmen
2012's Christmas special introduces Jenna Coleman...again. She is a real shot in the arm for the series and it's great to have her on board. And then she dies...again. And then in the last scene the episode reintroduces her...yet again. 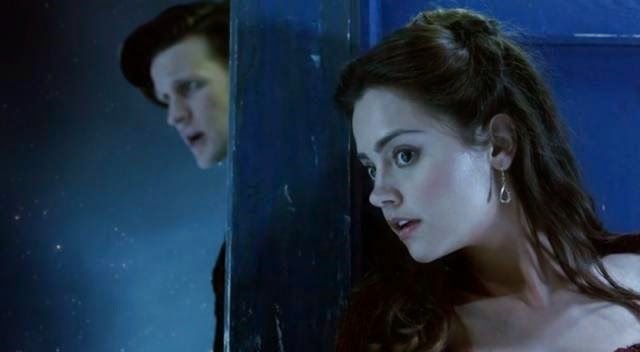 7 - The Next Doctor
After three contemporary Christmases in a row, 2008's The Next Doctor sent the Tenth Doctor to 1851 to defeat the Cybermen in the snow. This episode was brilliantly pitched to take advantage the speculation about the who Tennant's replacement might be, by giving us The Next Doctor, even the real Doctor was fooled for a while. David Morrissey and Dervla Kirwan are great, both playing characters that aren't what they think they are with aplomb. That's right, I said aplomb. 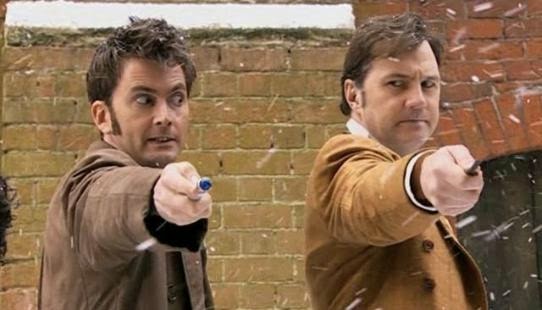 6 - Last Christmas
Peter Capaldi's first Christmas is his Last Christmas. Nick Frost is fantastic as Santa Claus, while Alien, The Thing and Inception all compete to take over your dreams. And then Clara left, and then she didn't. I'm a little worried though that children watching may think Doctor Who just categorically told them that Father Christmas doesn't exist. 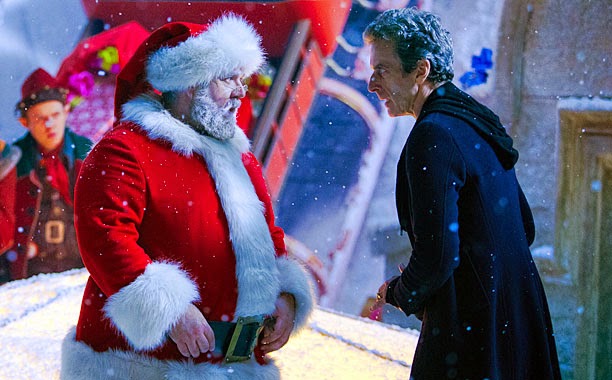 5 - The Doctor, The Widow And The Wardrobe
2011 saw Narnia meet Androzani as the Eleventh Doctor visited a forest where Christmas trees grow complete with ornaments. Clare Skinner is fantastic and the episode exploits the fact that Matt Smith was never better than when acting with children by bringing two along. 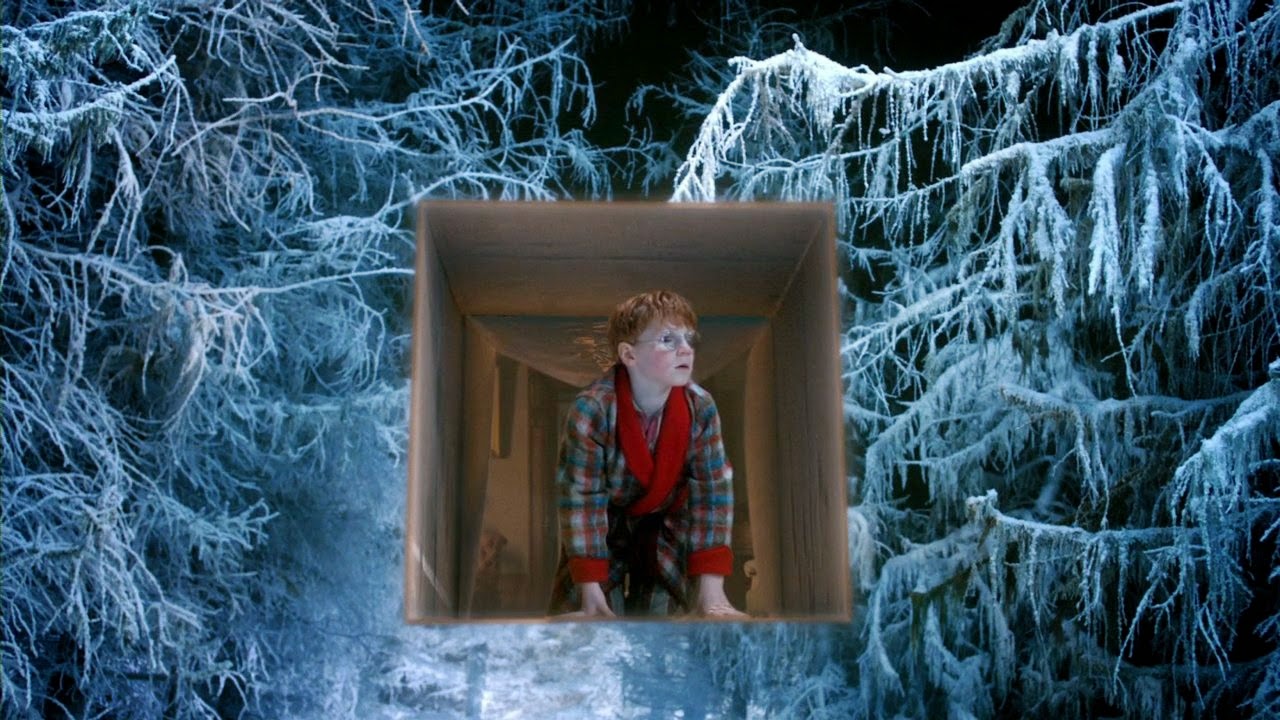 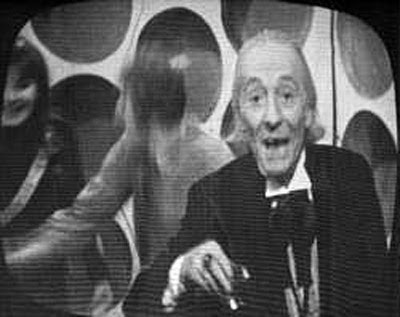 3 - A Christmas Carol
Christmas 2010 was Matt Smith's first and his best. Michael Gambon and Katherine Jenkins are wonderful and the reveal of the Ghost of Christmas future is one of the best examples of timey wimey phenomena in the series. 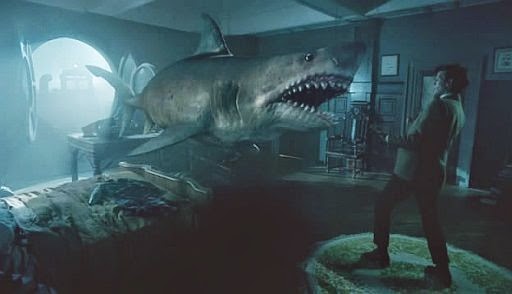 2 - The End Of Time, Part One
The first half of David Tennant's swansong was broadcast on Christmas Day in 2009. Not particularly Christmassy and somehow all the more Christmassy for it. Tennant, Bernard Cribbins and John Simm give fantastic performances and the episode builds to what is possibly the best cliffhanger in the entire history of the TV show, which when you consider Doctor Who relied so heavily on its cliffhanger for the first twenty-six years is really something. 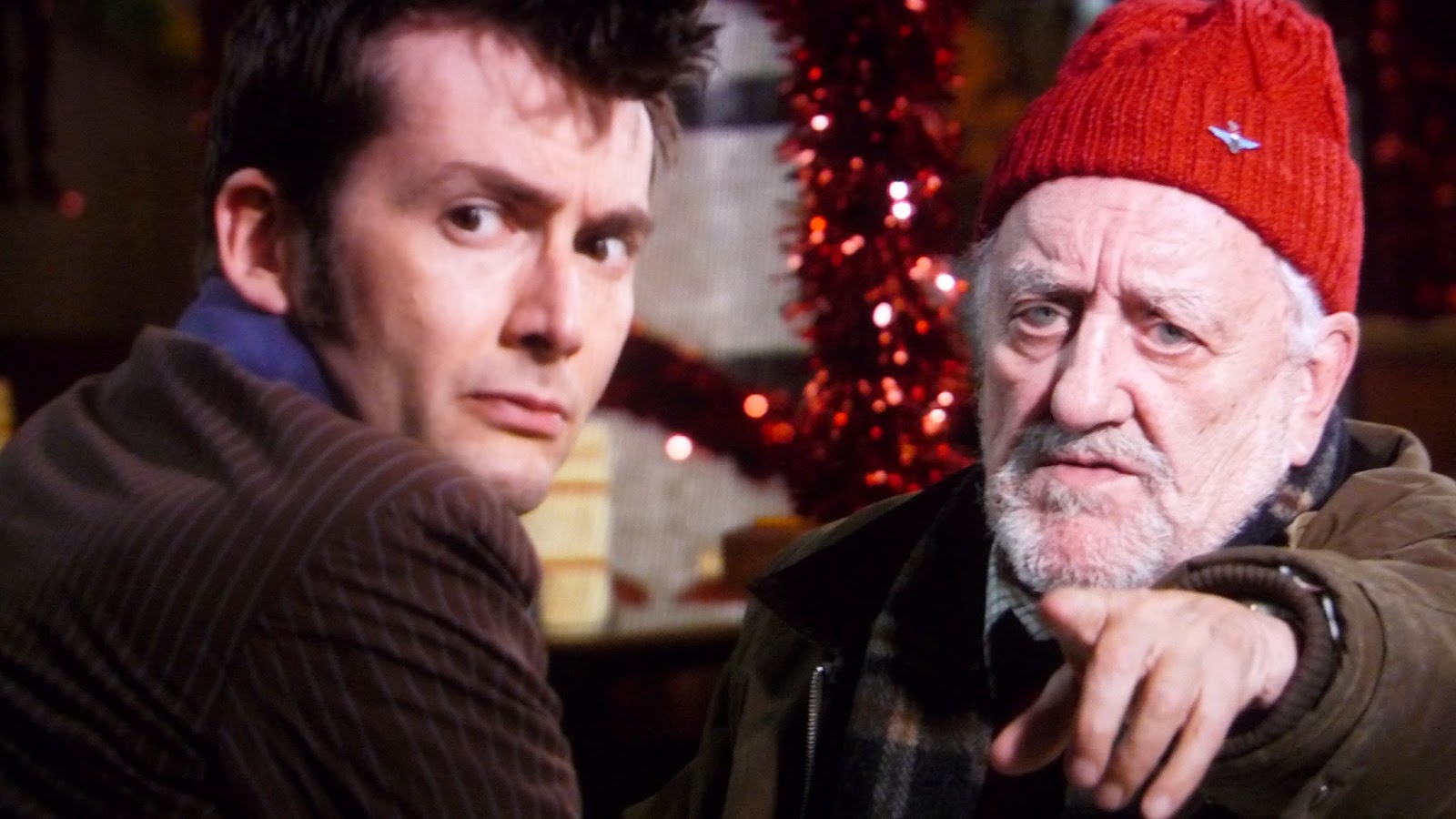 1 - The Christmas Invasion
The first real Christmas special still hasn't been bettered. 2005's The Christmas Invasion is a game of two halves and both are great. The newly regenerated Tenth Doctor sleeps through most of the first half almost leaving Rose to fend for herself (and her planet), a cup of tea later and the new Doctor is fighting fit and fantastic. Tina the cleaner, the royal family on the roof, post-amputation regrowth, "No second chances", snow that isn't snow, "Don't you think she looks tired" and sees Billie Piper, Jackie Tyler, Noel Clarke, Penelope Wilton and David Tennant at the top of their game. 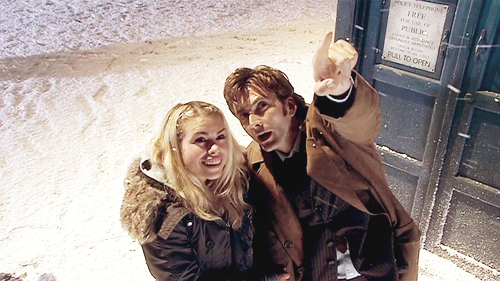 Merry Christmas to you all.

What are your favourites?
Posted by Dave at 10:00
Email ThisBlogThis!Share to TwitterShare to FacebookShare to Pinterest
Tags: Doctor Who, Top Tens