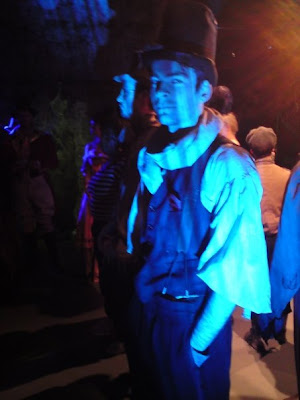 In 2007, A Dickens Of A Christmas was a qualified success, apparently not making a huge amount of profit but it did manage to shift a great many tickets for 2008's show. A loss leader if you will.

The previous year we had rehearsed far more Dickens material than we could ever actually fit into the show. This time the show was tighter and more focussed. It involved small groups acting independently of each other mounting short versions of Dickens novels. Meanwhile other groups were acting out little bits of business at tables up and down the space.

It was looking like a good show and we were due to run all through December. We did three performances before it was cancelled. Tickets weren't refunded and actors weren't paid. I won't go into more detail because there are court cases pending. 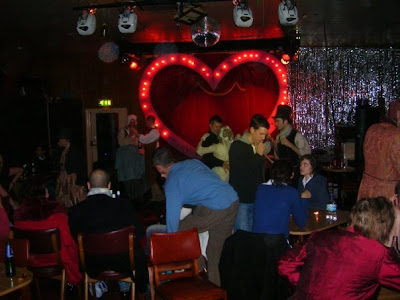 We did an abridged version of the show at the Bethnal Green Working Men's Club, partly as a fundraiser but as a cathartic experience as well. The frustration among the cast was extreme. There are at any one time many more actors than there are acting jobs. So to get a paid acting gig and then have it taken away from you is horrific. There was a sort of trench humour that crept into our conversation and a cameraderie in the face of adversity that has endured. 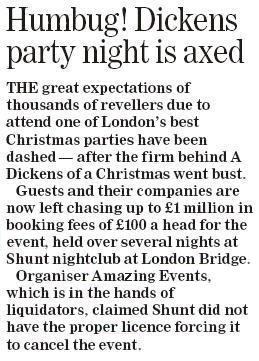 Left: the Evening Standard article on the cancellation.

This time it was Watchdog that visited.

Merry Christmas Everyone.
Posted by Dave at 10:00
Email ThisBlogThis!Share to TwitterShare to FacebookShare to Pinterest
Tags: Acting, Dickens Of A Christmas