There are gems literally tucked away in the corners. I mean look at this. I'd have this on my wall. pic.twitter.com/jQ287JnPp4

We will never get tired of sharing this because it is completely outrageous - pls RT if you think everyone should be aware pic.twitter.com/3aKuEX7ZII

So was Boris, so was Farage, so was Trump. Now look at them. Don't dismiss these people, call out their bullshit.

David Davis seems to have forgotten the importance of the EU Charter of Fundamental Rights! pic.twitter.com/7ozu3dgf1k

To #StarTrek fans whining about a show that hasn't aired yet: here's how wrong they were 30 years ago... also @levarburton as The New Spock? pic.twitter.com/xGEI1p0TCk

@CornershopHQ, since Lessons Learned From Rocky I To Rocky III, two more #Rocky films have been released, but were any more lessons learned? pic.twitter.com/3FO7IqYryO

The Master played by Roger Delg-A-Dow

To be fair, they aren't.

Why would cinematic visuals be inherantly obnoxious?

In early seasons, TNG borrowed many shots directly from the movies, shots that were certainly intended to be cinematic at the time.

DS9's huge battle scenes both indoor and out, VGR's crash in Timeless and Archer's trial in ENT were definitely cinematic.

@Andydrewz Loving the #DoctorWhoCalendar2018, but it only has thirteen months in it. Where are the rest? pic.twitter.com/DcXXiMFcEm

all other cosplay is cancelled pic.twitter.com/z7NmtY0IJl

Posted by Dave at 10:00 No comments:
Email ThisBlogThis!Share to TwitterShare to FacebookShare to Pinterest
Tags: 2000 AD, Doctor Who, Star Trek, Twitter 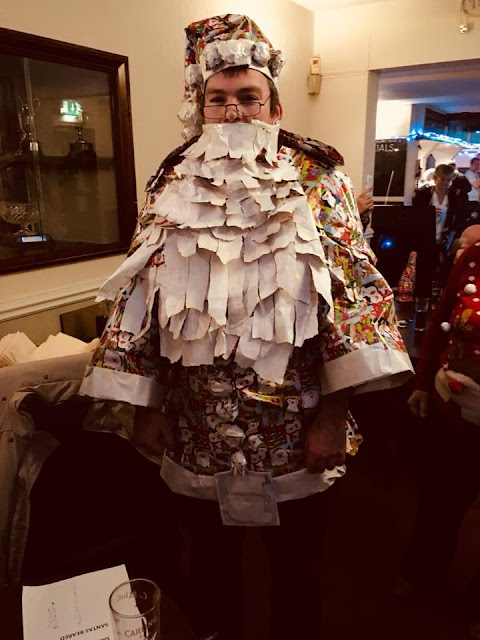