In The Frame Today 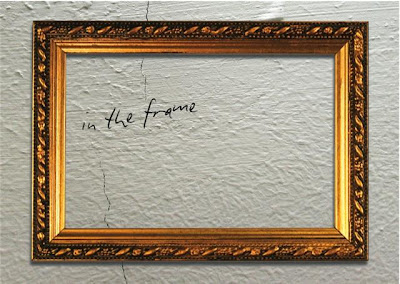 In The Frame, the latest Behind The Bike Shed show is today at the Hoxton square bar & kitchen


Doors Open at 2pm
Performance starts at 3pm
£3 entry
Posted by Dave at 09:00 No comments:
Email ThisBlogThis!Share to TwitterShare to FacebookShare to Pinterest
Tags: Behind The Bike Shed, Writing 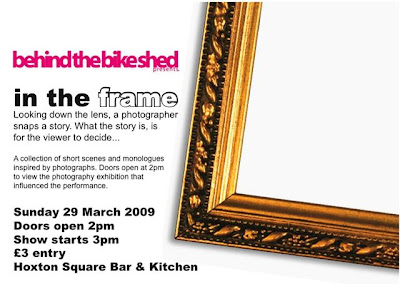 Which is nice.
Posted by Dave at 15:40 No comments:
Email ThisBlogThis!Share to TwitterShare to FacebookShare to Pinterest
Tags: Behind The Bike Shed, Writing

The Things We Do For Love - Trailer

In 2006, I took part in a documentary called The Things We Do For Love for Help The Aged's Helping Unite Generations (HUG) campaign.

The Trailer for The Things We Do for Love from Alex Gollner on Vimeo.

Posted by Dave at 12:00 No comments:
Email ThisBlogThis!Share to TwitterShare to FacebookShare to Pinterest
Tags: Acting, The Things We Do For Love

Check us out. We can read.

Another video made to accompany Peel This. These videos were improvised around a vague structure and a lot of fun to do.

Once again starring Andy Cartwright and Michael Everhard, filmed by Kieran Carruthers and with David Bowie playing us out.

A Writer's Meeting, Part One: A Bad Start

I'm the one in the mask. The beautiful mask, made from half of the most hideous pair of slippers available to those who shop at Wood Green's Poundland.

The Video was made as a sort of viral advert to tie-in to a Mr Carruthers Presents... sketch show called Peel This. Shot on location in London's Kentish Town, it features Andy Cartwright and Michael Everhard, was filmed appropriately enough by Keiran Carruthers (no relation) and features music by David Bowie.