"This One's Smart As Paint"

This is the Wire's description of the Tenth Doctor from The Idiot's Lantern. Here's another set of annotations for the Bad Teeth Doctor Who: Draw My Life video that I wrote. 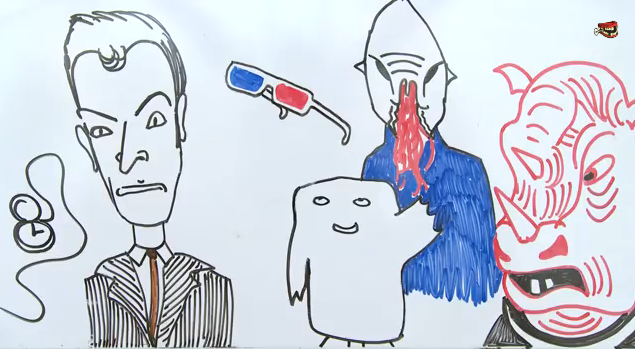 David Tennant's Tenth Doctor is shown here with John Smith's pocket watch from Human Nature and The Family Of Blood, the Doctor's pair of 3D glasses from Army Of Ghosts, an Adipose from Partners In Crime, a Judoon from Smith And Jones and Ood Sigma from Planet Of The Ood, The Waters Of Mars and The End Of Time.
Posted by Dave at 10:00 No comments:
Email ThisBlogThis!Share to TwitterShare to FacebookShare to Pinterest
Tags: Doctor Who, Writing

Here's another batch of unreleased Star Trek oddities unlikely to ever make it onto a home video format near you:

Hallmark Enterprise-D Ad
In 1993, Patti Yasutake and Majel Barrett appeared as Nurse Ogawa and the voice of the computer respectively in an advert for Hallmark's Enterprise-D Ornament. Ogawa is a surprising choice of character as this is clearly meant to be 'in character' and you wonder how much of the wider audience would recognise her.

Hallmark Klingon Bird of Prey Ad
Another advert, another guest star in the lead. Robert Reilly gives us an unusually generous Gowron with his usual wide-eyed gusto. How many TV adverts would trust the audience to read subtitles throughout, never mind those accompanying dialogue in a fictional language?

Star Trek Social Security Ads
I love George Takei and while I'm sure it's all in a good cause, he risks looking like he has lost his mind in this pair of adverts for SocialSecurity.gov. The costumes are beyond awful (the UK Pizza Hut ad with Finchy from The Office is more impressive) and aggressively tucked in, but George manages to get his "Oh My" catchphrase in, so at least he's happy.

Fear not, I've got a few more videos that I'll share in a couple of days.

Would using Star Trek characters, cast and crew make you more likely to part with your hard-earned?
Posted by Dave at 10:00 No comments:
Email ThisBlogThis!Share to TwitterShare to FacebookShare to Pinterest
Tags: Please Release Me, Star Trek

"That's Your Doctor There, Isn't It?"

So Clive says of the Ninth Doctor to Rose Tyler in Rose. Another set of annotations for the Bad Teeth Doctor Who: Draw My Life video that I wrote. 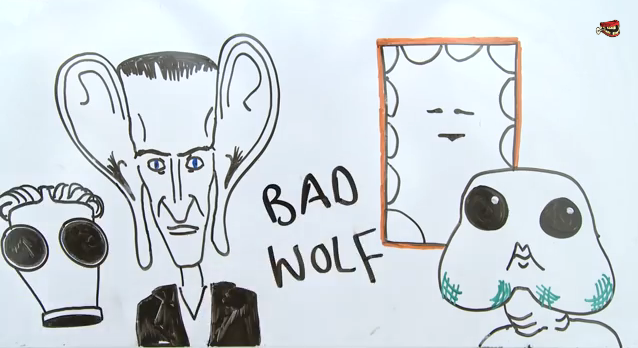 Skipping over John Hurt, because I had no idea how that was going to play out, here's the Ninth Doctor played by Christopher Eccleston. Is he still the ninth? Also here are The Empty Child from The Empty Child and The Doctor Dances, Cassandra from The End Of The World and New Earth, a Slitheen from Aliens Of London, World War III and Boom Town and Bad Wolf, a thread that was woven throughout the 2005 series and had ramifications beyond.

Posted by Dave at 10:00 No comments:
Email ThisBlogThis!Share to TwitterShare to FacebookShare to Pinterest
Tags: Doctor Who, Writing

So we've moved. I can't say this blog will be business as usual quite yet as we are still surrounded by boxes. Things have been so busy between the packing, tidying, paperwork, moving, unpacking, untidying, etc.

We've moved away from London and are now Up North. North Yorkshire to be specific. A series of surprising developments, that I won't bore you with, have brought us here, but we're choosing to see it as an adventure. My agent was optimistic about casting opportunities up here and the writing work I've had of late has all been conducted entirely over the internet, so there was no need to remain in London's thrall.

I will miss London, but no sooner had we arranged to move I got some work back in the capital. So, I won't have to wait long for a return trip.

Yorkshire has been good to us so far. They've laid on a Tour de France and some fantastic weather. Tomorrow we are off to Howarth, which is apparently beautiful, and I've been promised I will love curd tarts. 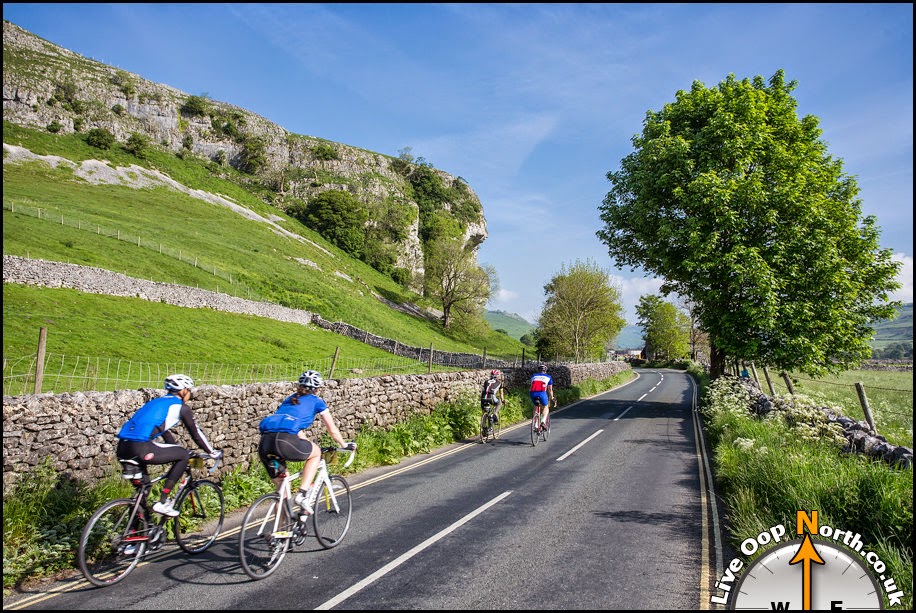 Posted by Dave at 18:28 No comments:
Email ThisBlogThis!Share to TwitterShare to FacebookShare to Pinterest
Newer Posts Older Posts Home
Subscribe to: Posts (Atom)